In support of the Raise a Village campaign, I am part of a team of homeschool educators who are partnering with Samaritan’s Purse to bring you an educational unit study of Niger. This is a great way to get your children involved in learning about and supporting this country in dire need!

Samaritan’s Purse is working to raise money to transform the community of Guidan Gado and surrounding villages in Niger, Africa! While Niger is the largest country in West Africa, over half of the Nigerien people (not to be confused with the Nigerian people who live in Nigeria) live on less than $1.25 per day and almost half of the children suffer from chronic malnutrition. Samaritan’s Purse is working to help raise these villages out of chronic food insecurity and crippling poverty by improving livestock and food production, providing opportunities for household income generation, and increasing access to clean water. (from the Samaritan’s Purse website)

Please help support the country of Niger!
Click the banner above for more information!

The Flag of Niger

For my portion of the unit study, I have chosen to focus on the Nigerien Flag! Niger Flag History:
The Nigerien flag was adopted on November 23, 1959. Niger gained its independence from France on August 3, 1960.

Interesting Niger Flag Facts:
While the 6:7 proportions of the flag make it almost perfectly square in shape, the Nigerien flag is not consistently depicted in print with this ratio. The flag can be seen in varying sizes.

The neighboring Ivory Coast’s flag is very similar to Niger’s flag. It has vertical stripes of orange, white, and green without the central circle. Both Niger and the Ivory Coast were French possessions and are closely linked economically.
Resources: Wikipedia, WorldFlags101.com, Flags Encyclopedia

I have created 60 printable flag pages for the country of Niger! Included within the three downloads are various Niger Flag coloring pages as well as Nigerian Flag Notebooking Pages (with both standard and primary writing lines)! I have even included a fun color by number page! While I have included numerous FREE Niger pages for you to download, here are some fun ways to use the flag printables beyond the general notebooking and coloring!

Use one of the printable coloring pages and some play dough (or you could make your own homemade play dough). Slide the flag page into a page protector or laminate the page. Using orange, white, and green play dough, cover the flag! Use one of the larger flag coloring pages and cut some orange, white, and green construction paper into small squares. Adhere the paper bits to the flag! Use one of the larger flag coloring pages along with some do-a-dot markers. Fill in the flag with the appropriate colors. Use some perler beads and a square or rectangular base to make your own Niger flag. Although the circle in the middle of the flag is not quite circular, I think this is still a fun flag idea! More of the Niger Unit Study

Be sure to visit my fellow bloggers for their contributions to the Niger unit study and don’t forget to do what you can to assist Samaritan’s Purse in helping the people of Niger! 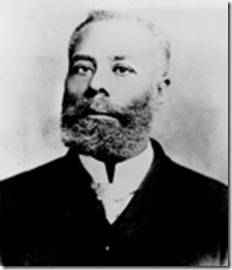 Uu for Us: MFW Kindergarten Printables