Everyone has heard of the more popular African-American heroes like Martin Luther King, George Washington Carver, and Jackie Robinson. But, have you heard of W.W. Law, Sarah Breedlove Walker, or Larry Doby?

Many of these lesser-known African-Americans have made equally remarkable contributions to our society! And I want my kids to learn about them too! I received these books free of charge for review purposes and I was financially compensated for my time. All opinions expressed in this post are my own and I was not required to post a positive review of the product.

I was thrilled to discover a number of books from Candlewick Press that feature such heroes!

For the last few years I have planned to include my own Black History studies in our curriculum. However, it somehow never happened regularly!

We have done a few Martin Luther King projects (artwork, handprints, and cookies), watched a few movies and documentaries, and I have created a few sets of notebooking pages (Ben Carson and Elijah McCoy). I keep a collection of “Brown Like Me” books in our book bin for reading during free time.

However, I haven’t been as consistent with it as I would like!

The books I received from Candlewick Press have been the nudge that I needed to finally stop putting off our studies of these remarkable African Americans! I am now in the process of creating a more complete set of notebooking pages for various African American heroes [both well-known and lesser-known] that I want my kids to learn about.

The goal is to make our Black History studies a regular part of our school week!

I have already created notebooking pages to go along with the following books from Candlewick Press and I’m thrilled to be able to share them with you! Henry Aaron’s Dream by Matt Tavares: Henry “Hank” Aaron was named the National League Most Valuable Player in 1957 and retired as the league’s all-time home run leader (breaking Babe Ruth’s record). Aaron spoke out about racial injustice and fought to have race-related signs removed from the Braves’ ballpark. Nobody Owns the Sky by Reeve Lindbergh: “Brave” Bessie Coleman was a dare-devil stunt flyer in air shows around the United States during the 1920s. She became the first black aviator in the world by getting her pilots license in France. Just as Good by Chris Crowe: Larry Doby was the first black player in the American Baseball League. Playing for the Cleveland Indians, the champion for civil rights followed Jackie Robinson and helped paved the way for other baseball players greats including Satchel Paige. Jump Back, Paul by Sally Derby: Paul Laurence Dunbar was the first black poet to gain national fame. Known for his “doubleness,” Dunbar wrote in both standard English and dialect. Skit-Scat Raggedy Cat by Roxane Orgill: Ella Fitzgerald became one of the greatest jazz singers ever despite being very shy! In fact, she is often referred to as “The First Lady of Song.” Voice of Freedom by Carole Boston Weatherford: Fannie Lou Hamer, almost lost her life trying to register voters in the 1960s. Her voter registration drive eventually turned into the Mississippi Freedom Democratic Party. Malcolm X referred to her as “the country’s number one freedom-fighting woman.” Delivering Justice by Jim Haskins: Westley Wallace Law was a mail carrier who helped establish voter schools for blacks and trained protestors in nonviolent civil disobedience. In 1961, he lead the famous Great Savannah Boycott, which resulted in Savannah becoming the first city in the south to end racial discrimination. Stompin’ at the Savoy by Alan Govenar: Norma Miller performed as a jazz dancer at New York City’s famed Savoy Ballroom, which was once the only dance hall where blacks and whites could dance on the same floor. Miller was one of the original performers of the Lindy Hop, an acrobatic style swing dance named for Charles Lindbergh’s solo flight, or “hop” across the Atlantic Ocean. Vision of Beauty by Kathryn Lasky: Sarah Breedlove Walker produced hair-care products for black women. Also know as Madame C.J. Walker, she founded her own company and became an influential businesswoman and philanthropist. Walker believed to have been the first black woman to become a millionaire. A Voice of Her Own by Kathryn Lasky: Phillis Wheatley was a slave who became the first black female poet in America. She became a published poet in 1774, at a time when education for slaves was strictly forbidden.

The notebooking pages should make it super easy for both you and I to incorporate Black History studies into our curriculum! Simply follow these basic instructions:

2) Read the book aloud to your child.

4) Print and provide the corresponding notebooking page for your child to record and/or illustrate what they learned.

Please Note: If your child will be reading the books by themselves, it is always a good practice to preview the books first to make sure the information is suitable for your child. Some material in a few of the books featured here contain information that may be disturbing for some children. I am totally LOVING the two BONUS Candlewick Press books below! While the former books focus on one particular person’s life and achievements, the following two books are collections featuring various people! Jazz A-B-Z by Wynton Marsalis is an A through Z collection of biographical sketches of historical African American jazz musicians! A is for Louis Armstrong. B is for Count Basie. C is for John Coltrane. D is for Miles Davis. E is for Duke Ellington…and the list goes on! What Color is My World? by Kareen Abdul-Jabbar is a collection of the unsung but vital contributions of many of the less well-known African-American inventors! Learn about Granville T. Woods, who created the induction telegraph; Joseph Lee, who created the bread machine; and Dr. Charles Drew, who created the concept of blood banks.

Spoiler Alert! Be on the lookout for complete notebooking page sets and unit studies for the African-Americans featured in What Color is My World? and Jazz A-B-Z! This is a major project that I am working on. I can’t wait to use it with my kids AND share it with you!

Looking for even more books about remarkable people in history? Check out Candlewick Press! 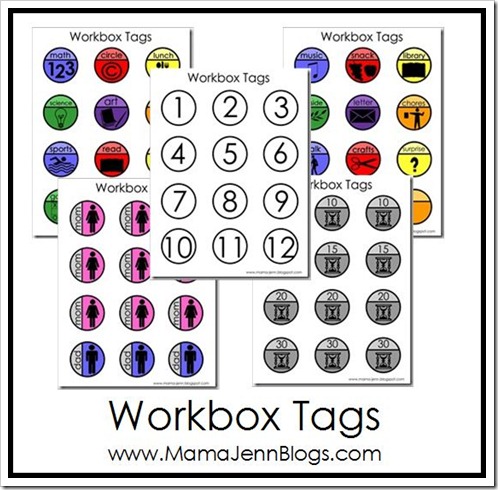 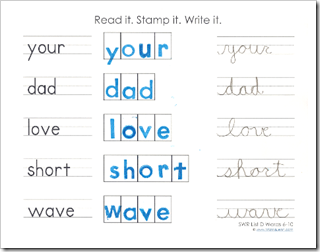 Read it. Stamp it. Write it. {Printables} Passport2Purity: Having *THE* Talk with your Pre-teen
Next Post:Science Experiments Made Easy!